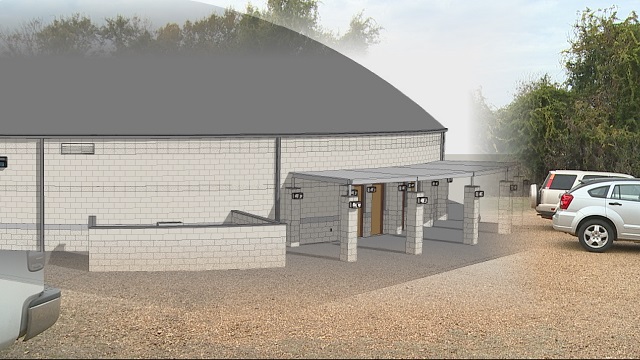 Posted on November 29, 2017 by Ashleigh Fortenberry

Folks in Louisville will soon have another storm shelter to use if severe weather threatens. Protecting lives is the city’s number one priority following the deadly, 2014 tornado.

“Property and belongings can be replaced, but not people,” says Mayor Will Hill.

The 2014 Louisville tornado was devastating. Ten people were killed and countless homes and businesses were destroyed.

“It put Winston County as a higher priority,” says Hill.

The storm taught local leaders some difficult, but important lessons. Louisville and surrounding areas are now better prepared to save lives if another tornado threatens.

“Winston County, three and a half years ago, did not have any certified storm shelters within the county,” says Buddy King, EMA Director.

Winston County is now building a second storm shelter. This one will be built near two elementary schools.

“More than 2,000 people could easily fit in the shelter,” says Hill.

The shelter’s main use will be to protect students and faculty.

“Our number one priority is to protect our students, who are in school,” says King.

But it’ll also be used as a gym for students at both Fair and Louisville Elementary schools.

“K-4, 5th graders for generations now have no had anywhere to have physical activity or physical education indoors,” says Hill. “If it’s too hot, too cold or rainy it’s been limited.”

The rest of the community can also use the shelter if a tornado warning is issued.

“People want to be together and feel safe,” says Hill.

Providing protection and savings lives, this new storm shelter is without question one of the city’s best investments.

Louisville is accepting bids for construction on December 12. The shelter is expected to be completed by fall 2018. Ninety percent of the project is being paid for by FEMA funds. The other 10 percent will be covered by the city.