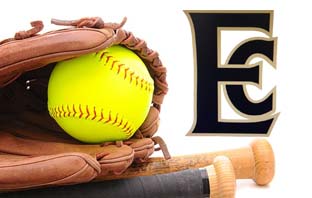 Losses to Northeast and No. 3 Jones College in the 2019 MACJC State Tournament ended the season for the No. 14 ranked East Central Community College Lady Warrior softball team.

East Central surrendered a four-run lead in the last two innings in an opening game 10-8 loss to the Northeast Lady Tigers that ended late in the night on May 8.

The Lady Warriors had to wait five days to get back on the diamond as rain forced the tournament to eventually be moved from the campus of Jones College in Ellisville to the turf fields of the Magee Sportsplex.

When the tournament resumed on Monday, May 13, East Central had to face defending national champion Jones College in an elimination game, with the No. 3 ranked Lady Bobcats taking an 8-3 win.

East Central, with only one sophomore on the 15-player roster, finished the season with a 28-14 overall record.

Weather forced the tournament to be shortened to one day, with a winners’ bracket and losers’ bracket finals. The two teams in the winner’s bracket final and the winner of the loser’s bracket, along with No. 1 ranked LSU-Eunice, advance to the National Junior College Athletic Association Region 23 Tournament at a site to be determined.

Leading 8-4 and needing just six outs to advance to the winners’ bracket, East Central gave up five runs in the top of the sixth and another in the top of the seventh as Northeast rallied for the 10-8 win. The Lady Tigers got five of their 12 hits in those final two at-bats, including a two-run homer that proved to be the game-winner.

Trailing 2-0, East Central got three runs in the bottom of the first on a bases-loaded single by freshman shortstop Hannah Dufault (Hurley, East Central) and a Northwest error. After the Lady Tigers regained the lead 4-3 with two runs in the top of the third, a three-run homer by Dufault in the bottom of the frame put the Lady Warriors on top 6-4. An RBI double in the fourth by sophomore designated hitter Annika Jones (Leake Academy) who later scored on an error put East Central up 8-4 before Northeast began its rally.

In the elimination game loss to Jones, the Lady Warriors led 2-1 after two innings thanks to a two-run single off the bat of freshman first baseman Kailee Swindle (Hattiesburg, Presbyterian Christian School). But the Lady Bobcats responded with four runs on four hits in the top of the third to grab a 5-2 lead.

Jones added another run in the fifth and then took an 8-2 lead in the top of the sixth when LP Trammell hit her 21st home run of the year, a two-run shot to left field.

East Central mounted a rally in the bottom of the seventh as Swindled opened the inning with a single and eventually scored on an error on the Jones pitcher on a hard ground ball by freshman left fielder Olivia Houston (Northwest Rankin). With two outs and the bases loaded, freshman catcher Anna McNeer (Canton Academy) hit a hard line drive that was snagged by the Lady Bobcats’ third baseman to end the game.

Swindle led the Lady Warriors at the plate with three hits.