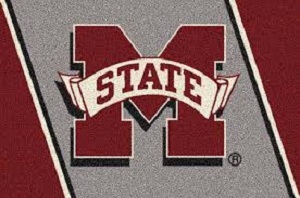 STARKVILLE — A constant every college football postseason this decade rings true once again. For a school-record 10th consecutive year, Mississippi State football is going bowling as the Bulldogs will take on Louisville in the Franklin American Mortgage Music City Bowl on Dec. 30 from Nashville’s Nissan Stadium.

ESPN will televise the contest, which kicks off at 3 p.m. CT. Tickets for the Music City Bowl are on sale now at HailState.com/bowltickets. MSU’s ticket allotment and team bench is located on the east side of Nissan Stadium. Reserved lower level tickets are $85, while 200 level club seats are available for $120.

Fans who purchase tickets from MSU’s official team block through the MSU Athletic Ticket Office will have the opportunity to attend one spring practice at a date and time to be announced, followed by free food and an exclusive appearance to hear from head coach Joe Moorhead. Those same fans who purchase from the MSU Athletic Ticket Office will receive three Bulldog Club priority points per ticket.

“The Music City Bowl is the perfect destination for our Bulldog fans and team,” said MSU Director of Athletics John Cohen. “Nashville has a strong Mississippi State alumni contingent and is a great city to enjoy. I am thrilled for our football program on earning a bowl berth every season this decade. We look forward to seeing a large amount of Maroon and White in Nashville and sending out our senior class with a positive experience.”

The Bulldogs (6-6) enter the contest with momentum as winners of three of their last four games, including a thrilling 21-20 victory over rival Ole Miss on Thanksgiving night. State features the SEC’s leading rusher and top player in the state of Mississippi in Kylin Hill and exciting true freshman quarterback Garrett Shrader. The two combined for 3,104 yards of total offense in 12 games this season.

“This is a great opportunity for our football program against a very quality and well-coached Louisville team,” said Moorhead. “I am very excited for our team to accept this bid to the Music City Bowl. We are fired up about the practices ahead. We have built a lot of momentum over the past month, and we Fwant to ensure our senior class goes out the right way. We can’t wait to see our Bulldog fans in Nashville to close the year.”

Louisville (7-5) finished second in the ACC Atlantic standings in 2019 with wins over Boston College, Wake Forest, Virginia, NC State and Syracuse. The two teams will meet for the sixth time and first since State’s 31-27 victory in the 2017 TaxSlayer (Gator) Bowl.

MSU is making its 23rd all-time bowl appearance and will conclude the decade as one of only five SEC programs to go to a bowl every season from 2010-19, joining Alabama, Georgia, LSU and Texas A&M.

The Bulldogs own a 13-9 bowl record, and it will be the second time that State plays in the Music City Bowl. The 2011 season saw Vick Ballard rush for 180 yards and two touchdowns in a 23-17 win over Wake Forest on Dec. 30 of that year.