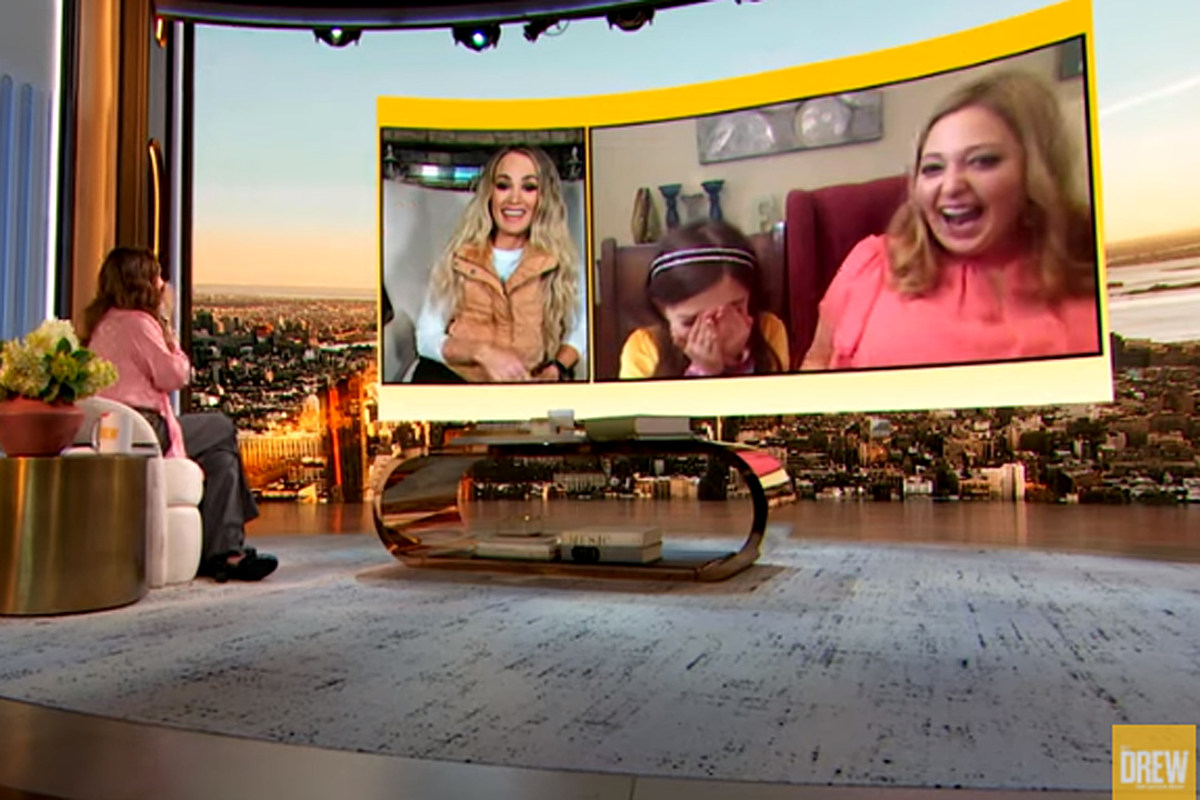 Carrie Underwood  and Drew Barrymore are making a generous donation to a young fan who stepped up to help a local children’s hospital during the COVID-19 pandemic.

When Hayley Orlinsky, a seven-year-old from Chicago, heard that the children’s hospital where she was hospitalized as an infant was running out of PPE at the start of the pandemic last March, she felt compelled to help by making friendship bracelets to sell and raise money for the hospital.

Her initial goal was $200, but she has since raised more than $27,000 in 10 months, her mother Lori calling her efforts “the ultimate act of kindness.”

Carrie agrees, and surprised the mother-daughter duo via Zoom while appearing on The Drew Barrymore Show this week.

“You’re a perfect example, it doesn’t matter how old you are or where you are, whatever it is that you’re into, you took your love of making bracelets and you used it to make the world a better place,” the superstar gushed, applauding her young fan who was moved to tears.

After host Drew Barrymore revealed she was donating $5,000 to Hayley’s effort, Carrie announced that she and Bodyarmor, the sports drink company she’s recently partnered with, are making a matching donation, bringing the total to $10,000.