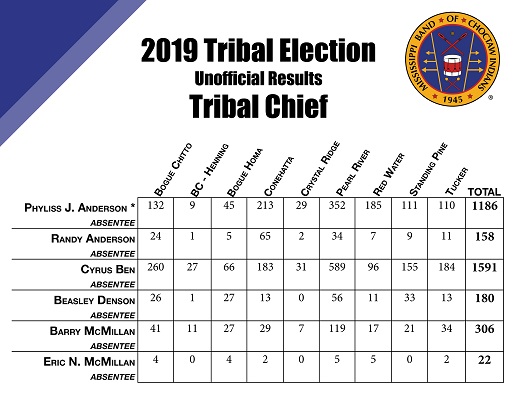 The Mississippi Band of Choctaw Indians tribal election results. Continue to monitor Kicks96news.com results will be updated here as they come in. Absentee ballots will be opened Wednesday, June 12 at 1pm at the Pearl River Community Center.

As of now, Tribal Members will be heading to the polls for a run off election to see who will be the next tribal chief. Cyrus Ben, running for tribal chief for the first time, received a majority of the votes (46%), with incumbent Chief Phyliss J Anderson coming in a close second with ( 34%) votes. 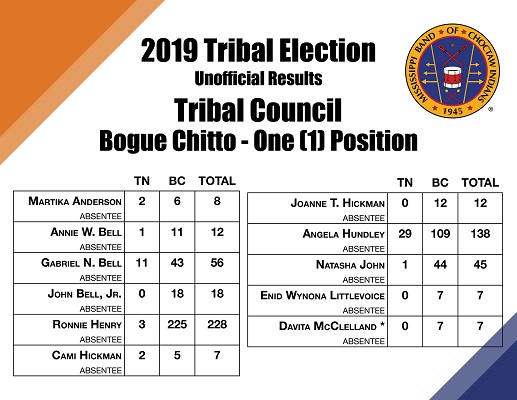 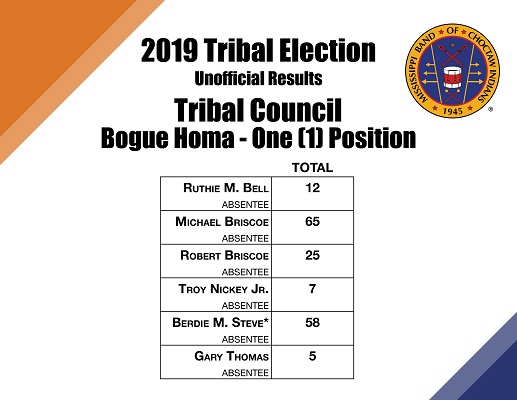 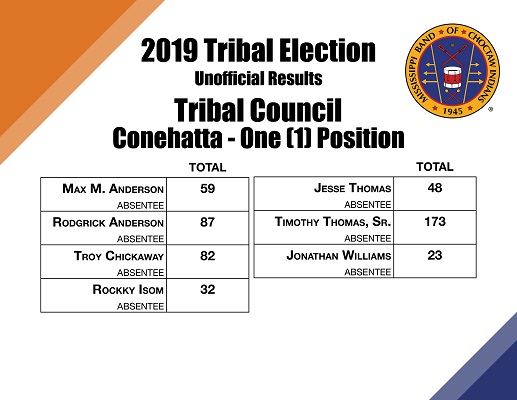 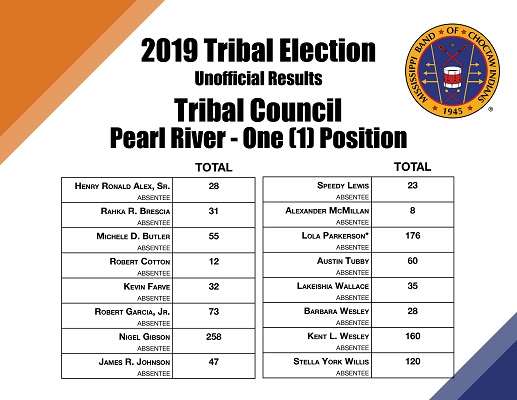 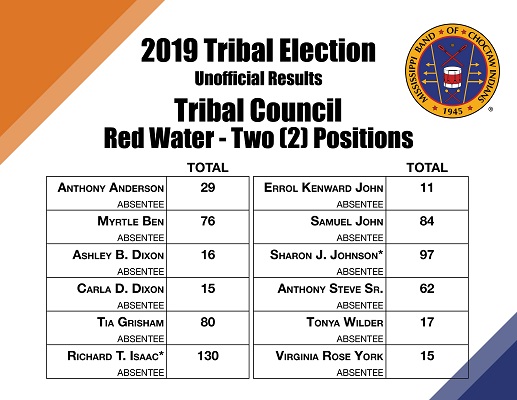 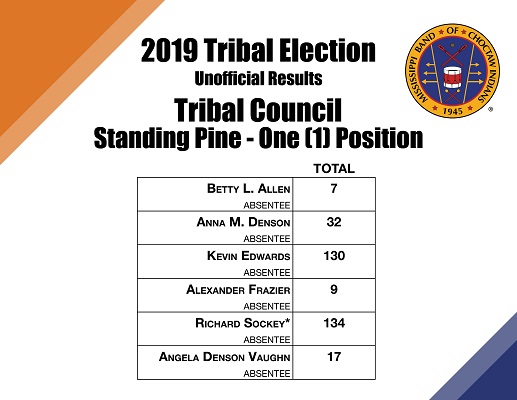 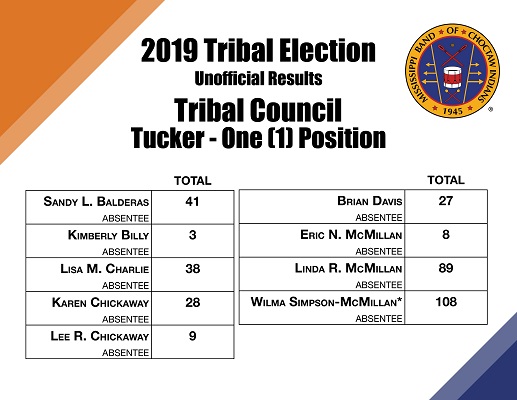