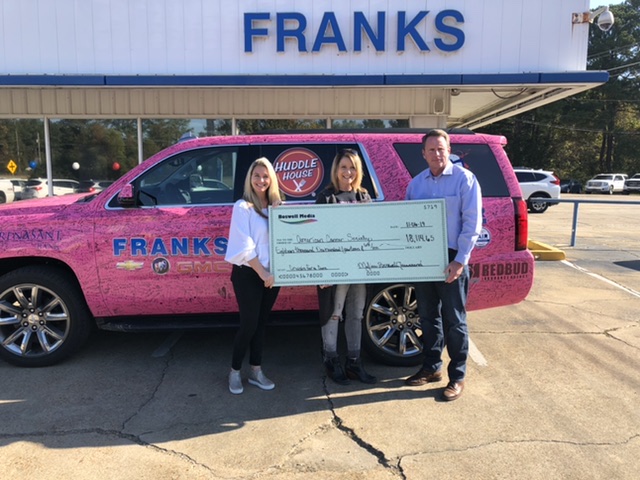 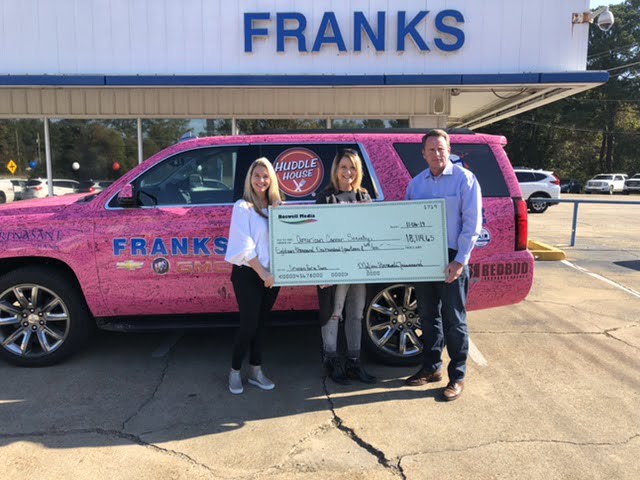 Boswell Media’s Crusin for a Cure campaign successfully raised over $18,000 for the American Cancer Society during the month of October.

“We couldn’t be happier with the turnout for Cruisin for a Cure,” said Boswell Media General Manager Melissa Townsend. “We want to thank all the local businesses and schools that got on board with this campaign. The people of central Mississippi really came together to help raise funds to fight this disease in hopes of one day finding a cure for breast cancer.”

All the money was raised from a simple concept: make a donation to the American Cancer Society and you get to sign your name on the 2020 Cruisin for a Cure pink Chevrolet Tahoe.

The truck visited schools in Attala, Leake, and Neshoba Counties where school children turned out in full force to sign the car. The truck was also featured at local football games and other events.

Many businesses in the area hosted the truck for live radio broadcasts where customers were invited to sign the car in honor of a loved one.

The campaign concluded Wednesday morning at Franks Chevrolet in Kosciusko where a check in the amount of $18,114.65 was presented to the American Cancer Society on behalf of Boswell Media.