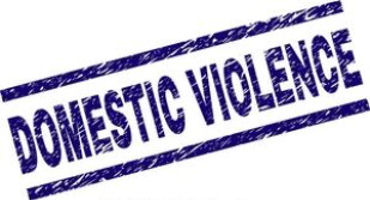 On Tuesday at 3:29pm, officers were dispatched to a home on Hopoca Road for a physical assault between father and son.

At 7:53am, Carthage Police responded to a call reporting a disturbance that occurred between an employee and a customer.

At 9:14am, deputies were dispatched to a two-vehicle crash on Hwy 35 N near Waggoner Rd. No one was injured.

At 12:26pm, deputies responded to a call reporting that a man was hitting a woman at a residence on Chapel Rd. The woman requested that deputies come and remove the man from the property.

At 5:20pm, a woman called and requested officers to her residence on Red Dog Road to deal with someone who was, by court order, not supposed to be there.  Subject was there with Dominos Pizza, trying to get in.  Subject was taken into custody.

At 6:12pm, officers were dispatched to a residence on Singleton Road for a report of a woman wielding a knife and threatening to stab everybody.  Officers arriving on scene requested EMS.

At 7:30pm, the father on Hopoca Road called and said that his son had returned and was causing a disturbance.  Both parties were advised that if they couldn’t stay away from each other and that if the sheriff’s office had to come out again that other arrangements would be made.

At 8:31pm, a caller advised that her friend was at the bypass of highways 16 and 25 and had just had a baby in the vehicle.  Patients were transported to Baptist – Jackson.

At 9:06pm, officers responded to an address on Highway 488 for a report of vandalism.

At 10:22pm, a caller on Risher Road advised deputies that someone was spotlighting in front of their house.

Leake Academy to dismiss early due to weather