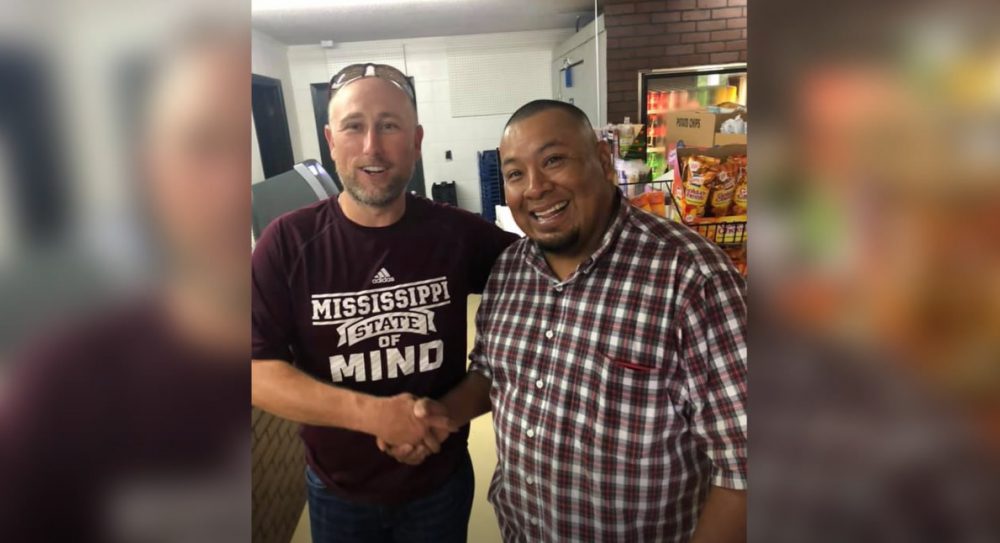 An armed robber almost got away in Dixon Sunday, but two citizens stepped in and saved the day. One says he didn’t even think twice.

Gordon Adkins was leaving his home, just down the road from the Dixon Express Lane on Highway 21, when he noticed a man walking down the street to a car. That’s when the store clerk ran out yelling the man had just robbed them. So Adkins sprang into action and caught the alleged robber.

“Another guy had stopped. Mr. Leon Wesley stopped by and assisted me with it. We asked the guy if he had a weapon and he did. We grabbed the weapon and unloaded it and basically just held him there until the sheriff’s department showed up,” said Adkins of him and Wesley’s efforts.

Adkins said he was just doing what he felt was right when he went after 21-year-old Alexander Davis, Jr.

“It was just a reaction. Like I said I’ve been in the Mississippi Law Enforcement Training Academy, went to Wildlife Fisheries and Park Academy. There was a felony crime committed. You go get him. It was just a reaction to just go stop him was all I knew to do,” said Adkins.

Adkins said never put yourself in harm’s way, but he would have done the same thing even if he didn’t have law enforcement training.

“I think we all have to help. It’s not the same world it was 20 years ago. I do believe everyone needs to give a hand when they can. Get out and help,” said Adkins.

Davis Jr., the suspect in the robbery, is currently in the Neshoba County Jail. He is charged with one count of armed robbery.