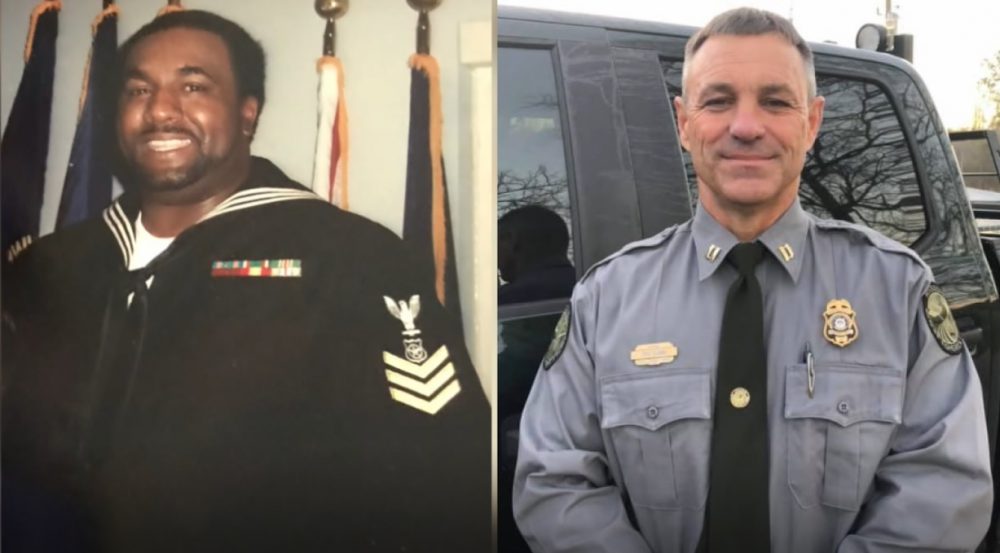 Posted on June 14, 2019 by Ashleigh Fortenberry

Ken Edwards is a 20-year veteran for the United States Navy. He works as the county’s veteran’s service officer. He is also running for sheriff as a Democrat. He said he is excited for the opportunity to serve in another capacity.

“The makeup of Neshoba County, we have all kinds of problems and do I have all the answers? No, but I feel in my heart I am the best candidate for the job. I don’t meet a stranger. I can talk to anyone who is willing to talk to me,” said Edwards.

Edwards says he has several ideas on how he would lead the community as sheriff.

“More men on the streets. Two promises I’ll make, one is to not bring shame or discredit on the office as the sheriff of Neshoba County and to keep God first and foremost in everything I do,” said Edwards.

Eric Clark is a former sheriff’s deputy. He recently gave up his position of law enforcement captain in the Mississippi

Department of Wildlife, Fisheries and Parks to run in this campaign as a Republican.

Clark said he wants the community to know he is someone who would serve the people and the department.

“I want people to know that I am approachable. If you look at my push card that I hand out to everyone, it has my cell phone number on it. I want to be involved in your community. Whatever community, whether it be a Tucker or a Dixon or Longino, wherever you’re at in Neshoba County, I want to be a part of that,” said Clark.

Both men described themselves as family men, dedicated to their community.