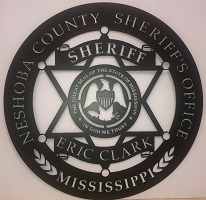 From the Office of Neshoba County Sheriff Eric Clark:

On January 4, 2020 a resident of County Road 1535 returned home to fine their home to be burglarized. The interior of the home received heavy damage to include overturned furniture, damage to interior doors from being forced open and light fixtures ripped from the ceilings. Two outbuildings were burglarized with walls and ceilings being spray painted. The home and both buildings were damaged due to being spray painted. A suitcase containing jewelry was recovered from a nearby hiding place. Investigators Josh Burt and Gordon Adkins charged 3 juveniles with house burglary and burglary of the sheds.

On January 10, 2020 Neshoba County Jail Administrator, Jonathan Dearing, observed 2 females burglarizing a home during his commute to work. He observed on female exiting the resident with property form the home. Another female was found collecting items form a nearby outbuilding. Both females were taken into custody. Megan Warren (12381 Road 759, Philadelphia was charged with petit larceny. Kelli Davis (10751 Road 4521, Philadelphia) was also charged with 1 count of petit larceny. After further investigation Davis was charged with burglarizing an unoccupied dwelling and 1 count of petit larceny. Davis was found to have broken into a home across the road just weeks earlier.

On January 11, 2020 Neshoba County Sheriff’s Office received a BOLO for a White Ford F-150 4×4 pickup with Noxubee County tag. Deputies responded to a disturbance on Highway 15 South. Deputies arrived to find 2 male subjects fighting in a roadside ditch. Kenneth Reed (1342 Cooksville Road, Macon MS) was placed in custody. Further investigation revealed the White Ford F-150 that was stolen from Noxubee County. Reed was arrested for disturbance of a family and public intoxication. The vehicle was returned to the owner. Reed is being held for Noxubee County.