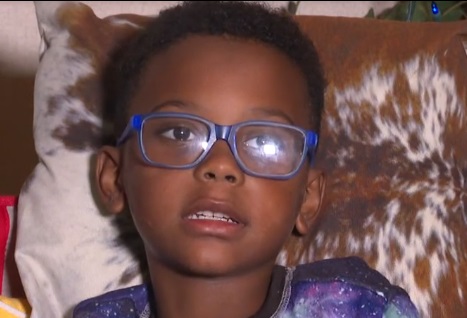 NEWTON, Miss.–No charges are being filed against the child who brought a gun to school in his back pack, a gun that went off. Tylin Parker, 6, was shot and his femur shattered on Spt. 30.

The Miss. Bureau of Investigation is still looking into the matter.

“It was silver and the rigger was black and where you reload, that was black, too,” described Parker, to our newsgathering partners at WTOK News Center 11. “I went to go tell the teacher and he shot me.”

Parker was shot as he waited for his dad to come pick him up from school. He was airlifted to a Jackson hospital where they worked to repair his femur.

Now Parker is at home, and is likely to be there for a while, causing his parents to have to stay home from work to care for him, said his mom, Antoinette Evans, talking to WJTV-TV.

Evans indicated she may consider a lawsuit.