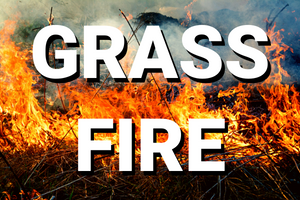 1:14 a.m. – Leake County Deputies were dispatched to a residence on Highway 16 West near Old Robinson Road when they received a call reporting a trespasser on the property.

12:33 p.m. – Carthage Police were called to Highway 35 South near West Franklin Street when several calls came in reporting a cable down in the roadway hindering the flow of traffic and nearly causing wrecks.

12:38 p.m. – Carthage Fire Department and Carthage Volunteers were dispatched to McKay Drive when they received reports of a woods fire. Forestry was called in to assist as the flames were out of control and there were houses in danger.

3:46 p.m. – Carthage Police responded to a call reporting a domestic disturbance in progress on East Franklin Street near Debra Street.