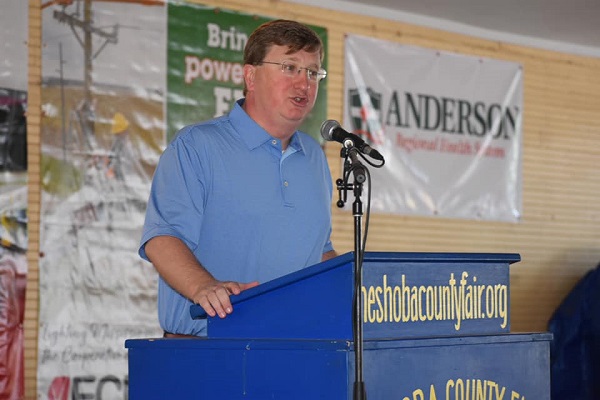 STATE WIDE–Coronavirus cases have gone up slightly the past couple of weeks in Mississippi. Gov. Tate Reeves tells NBC’s Chuck Todd on “Meet the Press” that the state is vaccinating 50,000 people per week, but he believes some people are reluctant because of Pres. Biden.

“The president’s insistence on mandating them have hardened them against the vaccine,” said Reeves. “I actually think it’s the president’s policies that have made it more difficult in rural states like Mississippi, to get more people vaccinated.”

Reeves pointed out that he’s pro-vaccine and got his shot on Facebook live to help encourage Mississippians to get the shot themselves, but said people have a right to make that choice.

Mississippi’s abortion law that bans most abortions after 15 weeks will be argued this week in front of the justices of the U.S> Supreme Court. Reeves says that argument is not so much about individual freedoms, but about, in his view, taking innocent lives.

Reeves said he believes Roe v. Wade, the Supreme Court decision that has been the legal pathway for people to be able to legally choose abortion, was incorrectly decided.

He says he also believes Mississippi has the right to limit access to abortions.