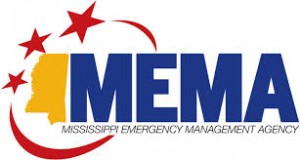 Federal assistance money that’s left over from a flood and tornado disaster three years ago will now be used to reimburse homeowners in the Delta and northeast Mississippi for the construction of safe rooms to offer protection against future storms.  And while initially the program covers only eight counties, the Mississippi Emergency Management Agency hopes to eventually expand it to build safe rooms and storm shelters in all 82 counties.   MEMA says $2.5 million is available for the first phase of the program.  Once that money is used up, funds will be pulled from other disaster declarations to target different groups of counties where there’s been tornado, hurricane or winter storm damage since 2020.  Residents of those counties could qualify for the program even if their homes didn’t have any damage.  MEMA cautions that safe rooms and storm shelters constructed without first being approved are not eligible for the reimbursement program.

Today in Carthage: Leadership Leake, a program for local youth