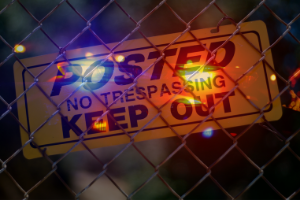 On Sunday, July 24th at approximately 9:30 a.m., Leake County Deputies responded to a call from Camp Road reporting that someone drove a red truck through a gate on private property.

Deputies found the gate destroyed and tire tracks that led onto another person’s property where the door to the residence was open and two tractors were missing.

The truck and driver, Dustin Chance Stinson, were located by property owners and deputies were notified.

When deputies spoke with him, he stated that he was not the one driving the truck when the gate was torn down. He also said that he used the tractors to pull the vehicle out of a mud hole that he got stuck in. Stinson was arrested for Trespassing, Burglary, and Introduction of Contraband into a Prison.

Deputies were told another man involved in the incident was in the area. James Wayne Irons Jr. was spotted by deputies running down McAffee Road. Irons was charged with Public Drunk and Trespassing.

Rape, Felony Obstruction, and Assault on Officers in Leake and Attala

Updated – A False Alarm and Disturbances in Leake

Aggravated Assault, Grand Larceny, and Many Burglaries in Attala and Leake