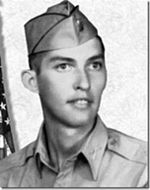 A Pentagon commission is recommending that an Army post in Virginia be renamed for a World War Two hero from Leake County.  It’s part of an effort to remove the names of Confederate soldiers from nine military installations, including Fort Pickett.  It would become Fort Barfoot in memory of Colonel Van Barfoot of Edinburg who received the Medal of Honor for his actions in Italy in 1944, in which he took out three German machine gun emplacements, captured 17 enemy soldiers singlehandedly, disabled a tank with a bazooka and helped two of his wounded comrades to a place of safety a mile away, all in a single day.  Barfoot died in 2012 at the age of 92. Fort Pickett is the home of the Army National Guard Maneuver Training Center.  It’s named for Major General George Pickett who led the Confederate assault at Gettysburg, known as “Pickett’s Charge”.  The commission’s final report will be delivered to Congress this fall and the name changes could take effect in 2024.