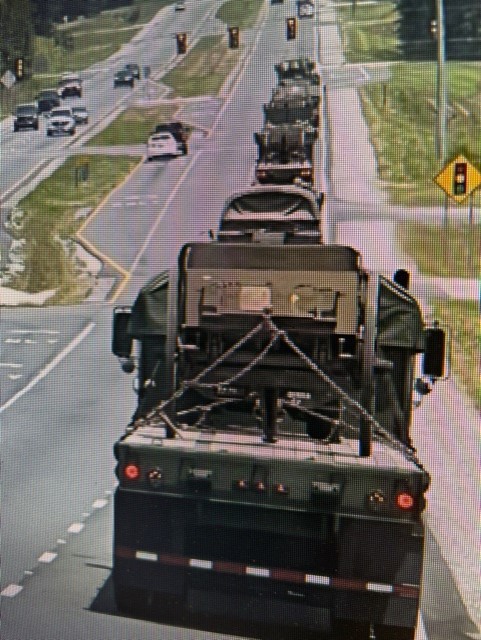 If you’re traveling a major highway in Mississippi over the next few weeks, don’t be surprised if you encounter a military convoy.   Troops will be headed to Camp Shelby and Camp McCain for summer training. Camp Shelby near Hattiesburg is the largest state-owned military training site in the country. And Camp McCain south of Grenada is considered an ideal site to train personnel in small-unit tactics and Army specialties.  The Mississippi National Guard is asking motorists to keep a safe distance when passing convoys and not to cut in front of those military vehicles– which don’t stop as quickly as civilian vehicles and have more blind spots.   (Photo credit: Sgt. 1st Class Veronica McNabb)

Watch Out For Covid-19 Vaccination Fraud