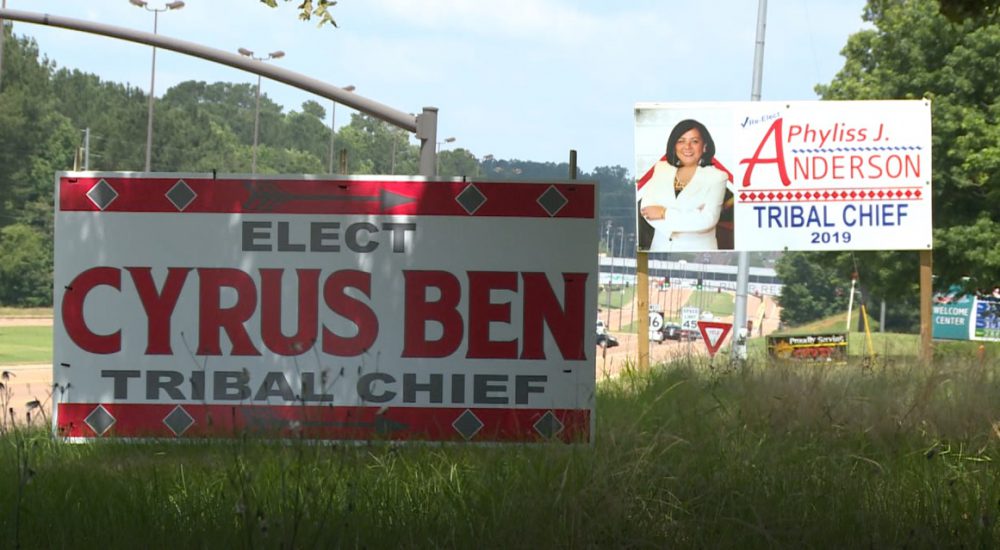 Posted on June 10, 2019 by Ashleigh Fortenberry

5,500 members of the Mississippi Band of Choctaw Indians will head to the polls Tuesday for elections. The race for chief is between six candidates, including incumbent Chief Phyllis Anderson, who said she is grateful to her people for allowing her to serve over the last eight years.

Anderson said the role of chief comes with a great deal of responsibility.

Former council member and businessman Cyrus Ben is also hoping to be elected chief of the more than 11,000 member tribe. He said a good, solid foundation is a vital part of his campaign.

“Well with building any new infrastructure, we would want to continue our infrastructure, not only with our government structure, our education, and all the other attributes within our government. You start with foundation with respect to people. That’s with fairness and equality, efficiency and truly accountable and self-accountability from every level of the operation,” said Ben.

Ben said he believes the future looks very bright for the people of the MBCI.

Elections are Tuesday from 8 AM to 8 PM.