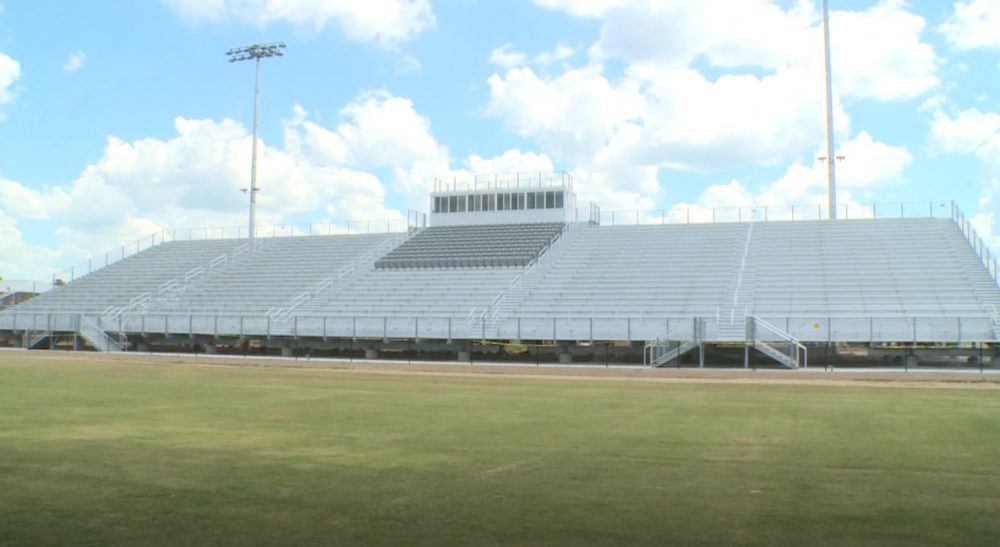 School may have just let out, but the Neshoba Central Rockets are ready to roll into the 2019 football season with a brand new stadium.

In less than a year’s time, the Neshoba Central football stadium has transformed.

Athletic Director Tommy Holland said several months of hard work has gone into the stadium, including swapping and reconstructing the home and visitor sides and building a new press box.

“You could say it has been a nine to ten month process from fighting weather in the winter time to wet in the spring time, but I would say it’s 90-95% complete right now,” said Holland.

New fencing, goal posts, and scoreboard are still to come, but Holland said everyone is ready to make use of the $1.35 million dollar stadium.

“It’s an excitement, like with chairbacks. People are calling wanting chairbacks. I wish I had bought 200 more now. This thing was built for growth so if someone ever decided to grow 10 or 15 years from now they could,” said Holland.

Holland said the stadium will be used primarily for football, but with 800 seats on one side and 2,600 on the other, he said it’s something the community can benefit from as well.

“It’s more of a district facility. We hold pep rallies. We hold parades. We hold a regional band competition here. It’s not just about football and those five or six nights a year. It’s about the whole year. It was a definite need for our school, community and all the way around,” said Holland.

Holland said after the finishing touches, the stadium will be complete in a few weeks.

The Rockets will play their first football game of the 2019 season in their new stadium August 23 against Grenada.