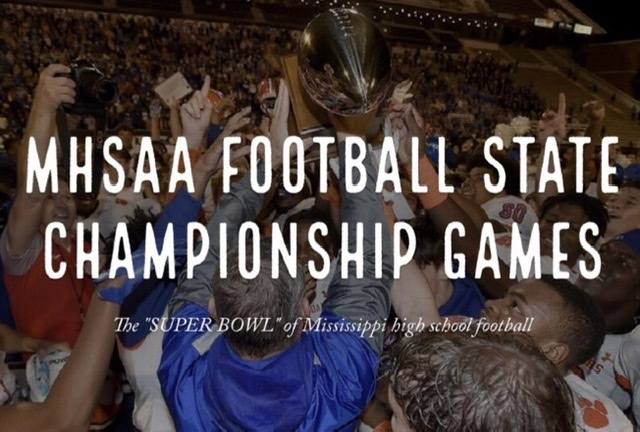 Boswell Media’s Breck Riley will join some of Mississippi best radio broadcasters for a statewide broadcast of the MHSAA Football State Championships.

Riley will serve as host of The Raising Cane’s Tailgate Show and the MHSAA Halftime Show during the broadcasts, which will be carried on ESPN 105.9 The Zone in Jackson and on all Mississippi Public Broadcasting stations around the state.

“Mississippi has some of the best high school football talent in the country and I’m thrilled to be working with a great team of broadcasters to provide coverage for those that can’t make it to the games,” said Riley. “What I love best about this product is that anyone in Mississippi has the opportunity to listen. Whether it’s on a traditional FM station or an online audio stream, anyone can tune in to the broadcasts.”

The Raising Cane’s Tailgate Show will feature interviews with broadcasters, coaches, and other notable guests. The MHSAA Halftime Show will focus on game recaps and stats.

This year, the state championship games are being held at M.M. Roberts Stadium on the campus of the University of Southern Mississippi in Hattiesburg.

Anchoring play-by-play coverage for the broadcasts will be Ben Ingram, Mississippi native and the radio voice of the Atlanta Braves.

“I absolutely love getting to come back home to Mississippi, and one of my favorite things about our state is our collective passion for high school football,” said Ingram. “Being a part of these state championship broadcasts is always a thrill for me, especially since our broadcasts cover the entire state of Mississippi. I’m really looking forward to being back behind the mic for these thrilling state championship games.”

Additional play-by-commentary, color commentary, and sideline coverage will be provided by:

Radio broadcasts of the state championships games is being presented by the Mississippi Army National Guard.

Images From the Mississippi State Fair