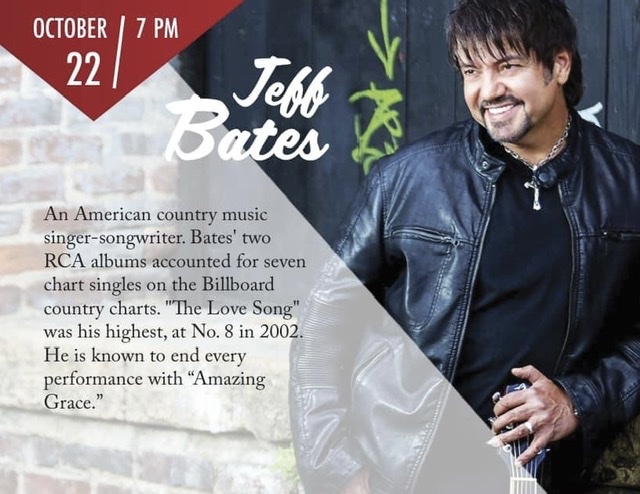 Bates is a native of Marion County, MS.

He began his music career in the early 2000s as a songwriter, co-writing Tracy Lawrence’s 2002 single “What a Memory.”

Later that year, Bates released his debut single “The Love Song.” The single rose to number 8 on the Billboard Country Charts. Additionally, Bates’ 2004 single “Long Slow Kisses” made it to number 17 on the charts.

In addition to this own songs, during his concerts, Bates is known to sing hits by fellow Mississippi country artist Conway Twitty and also ends his show with “Amazing Grace.”

The fall concert series is presented by the Kosciusko Foundation for Excellence in Education, Premier Medical Group, and Dickerson Petroleum.

Tickets for the concert are $20 and can be purchased online HERE.

PHOTO GALLERY – Cruisin For a Wish Kick Off Takes Flight