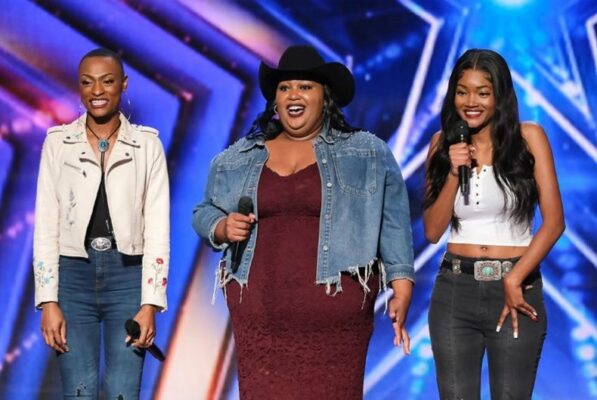 B-MO in the MO’rning – Last night on America’s Got Talent for the first time in the show’s history a rule was broken, when the judges gave a contestant a group gold buzzer, which allows them to advance to the live studio competition. That group, was Boswell Media’s former Mississippi Songwriter of the Year Danika Hart’s Chapel Hart. The trio received a standing ovation for their performance of “You Can Have Him Jolene” and brief huddle was formed, and the panel collectively made history by then giving them the news that they were headed to Los Angeles for the live rounds,

‘Follow your dream, it doesn’t matter how crazy they are, no matter how outlandish it is. If they say that’s not a real job, you just show them that it is” said Trea Swindell backstage after their performance. Host Simon Cowell said “my god, we needed you”, speaking of the girls performance and the girls will now have to wait until August 9th to show the world what we have known since 2020 and that the face of country music has officially changed!

Congratulations ladies and make us proud!

Watch Chapel Hart’s performance and what happened after in the video below:

Kicks Picks is Back! Learn about the rules and prizes