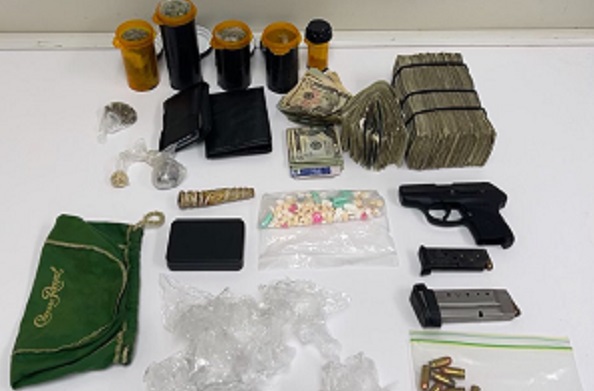 The Neshoba Sheriff’s Department announced that officers encountered Thermon Johnson Jr. in a traffic stop. Johnson was stopped on highway 21 North, near intersection of County Road 557 in the Longino Community.  Johnson was found to possess a felony amount of a controlled substance (Meth) and felony amount of Marijuana.  Over $5,000 cash was seized on the traffic stop. He was transported to Neshoba County Detention Center and charged with the following: