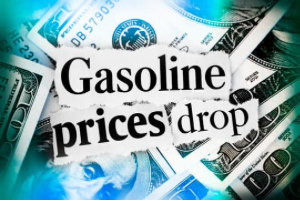 The average price for gas in Mississippi is now the lowest in the country– even though it’s still more than 30 cents higher than what we were paying a year ago.  AAA says the statewide average of $3.13 is about a nickel lower than the second-cheapest state, Texas.   The auto club says Mississippi’s tax structure and its proximity to gasoline distribution hubs and refineries helps to keep prices lower.   The state regularly ranks among the top five in lowest gas prices and had often held the claim of the cheapest gas before prices skyrocketed to record highs nationwide in June.

Prices in Attala, Leake and Neshoba counties are running 10-15 cents above the statewide average, although Montgomery County has some the lowest prices in Mississippi, averaging right at $3.00.

Pain at the Gas Pumps With No Relief in Sight