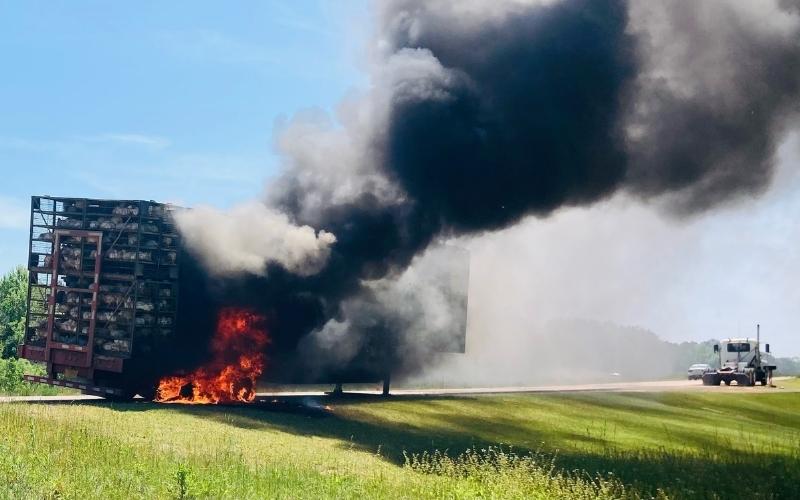 Update:The burning Tyson truck hauling a load of chickens has been extinguished. Listen to a report from Tommy Malone here. 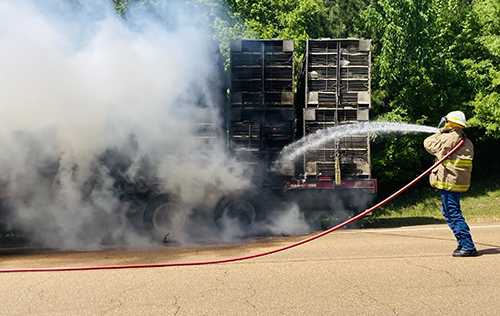 A Tyson Foods truck hauling chickens is in flames currently on HWY 25 near the Marydell community. Bystanders say that the brakes on the truck caught on fire causing the blaze. The driver along with bystanders attempted to put out the flames with fire extinguishers from their vehicles with no success.

We will update with more information as it becomes available.