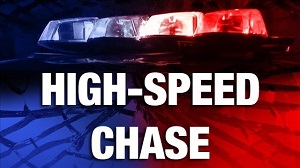 8:19 a.m. – Neshoba deputies were asked to perform a welfare check on a subject at a residence on Hwy. 395.

4:11 p.m. – Philadelphia Police were called to the parking lot of the Wal-Mart to meet with a driver who said he was run off the road by a reckless driver in a rental truck and wanted to report it.

9:17 p.m.  – Neshoba Deputies were called about 4-wheelers trespassing in the back yard of a residence on Road 101.

9:34 p.m. – Neshoba Deputies were involved in a high-speed chase on Hwy. 21 which ended when they reached Philadelphia where they took one person into custody.

Two Arrested For Murder in Neshoba

Felony DUI and Drunk and Disorderly in Neshoba Arrests