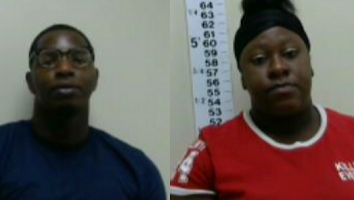 Two people have been arrested following a late night shooting on the square in downtown Kosciusko.

Dew said, at 10:10 pm, a caller reported being followed by a suspicious vehicle.

However, it was determined later that the call was for shots that had been fired earlier in the night when the caller reported being followed by the suspicious vehicle.

Officers realized the car they stopped was the same car from that shooting.

A BOLO was put out for the vehicle and suspects, and an Attala County Deputy spotted the vehicle at America’s Best Value Inn in Kosciusko.

The two were then arrested and sent to the Leake County Jail.

Dew said only two shots were fired and no one was injured, but a bullet did hit the door at a business on the south side of the square.

Home Lost in Leake County Due to Late Night Fire

Shooting at a Residence Near Madden

Olympic gold medalist to cycle through Kosciusko for cancer fundraiser