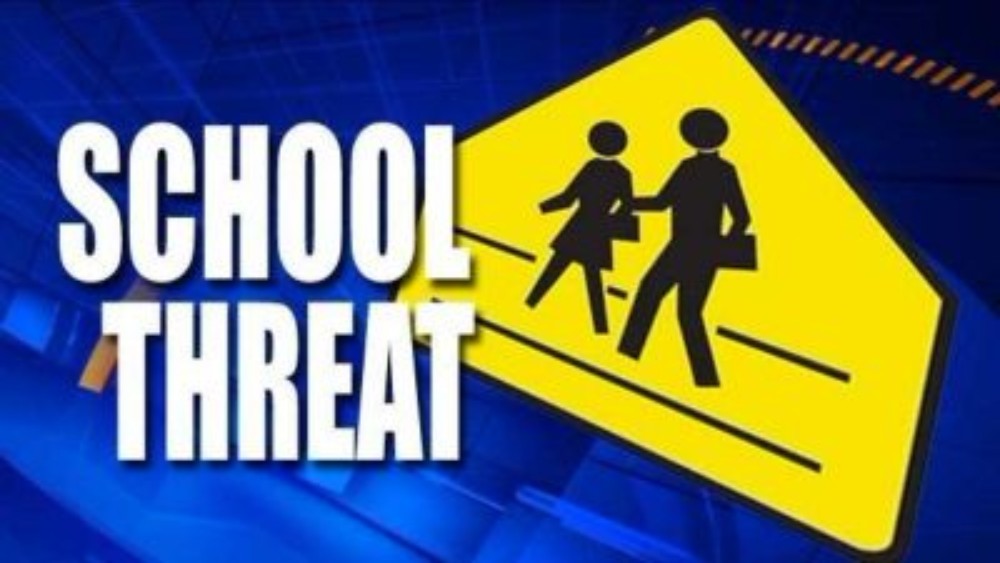 A threat against Leake County Schools by a student has been resolved, according to school officials.

Parents were notified in a letter from Leake County Schools Superintendent Yvette B. Young on Thursday morning that the school had received information of a school threat.

A release from Leake County Schools Superintendent Yvette B. Young stated “Two students in our district made verbal threats yesterday morning at approximately 7:12 am. Administrators, School Resource Officers, and local Law Enforcement were notified and reported to the campus.”

Leake County Sheriff Randy Atkinson stated, “Our School Resource Officers, with the help of city police, were able to track the student responsible down.”

“A 13-year old juvenile was taken into custody, the school is taking disciplinary actions. The juvenile prosecutor is looking into the situation and the incident is still under investigation on our end,” continued Sheriff Atkinson. 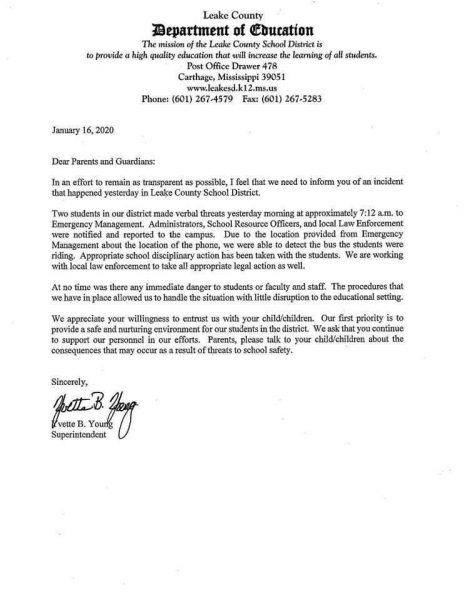