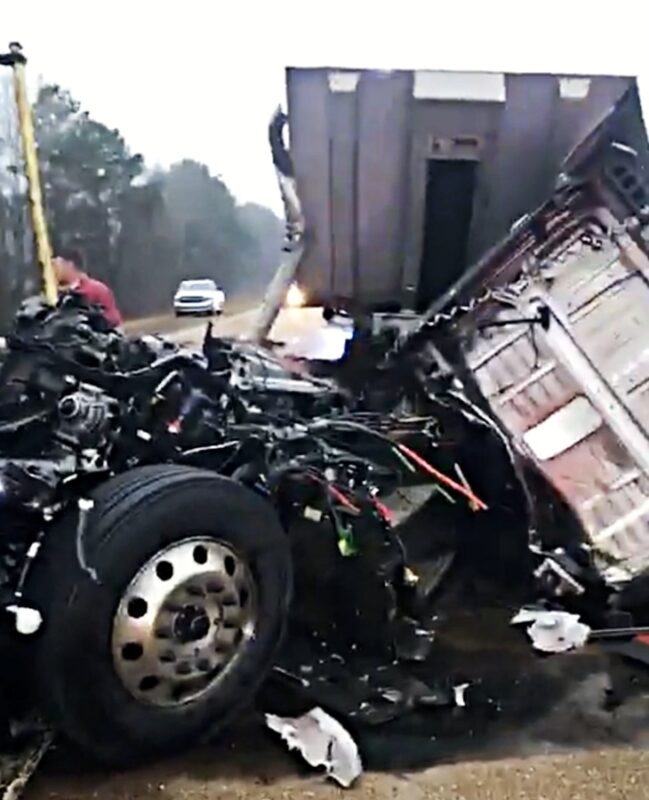 Workers on the scene say the crash happened when one driver who was having issues with his truck started to pull to the shoulder of the highway, and the second truck hit the first at full speed.  Reportedly, the cab of the second truck came off and was flipped around and upside down.

Amazingly, the only medical complaint was shoulder pain from one driver.

Neither truck was loaded.  Both trucks were leaking fluids in the roadway.  MDOT was called to clean up the scene.