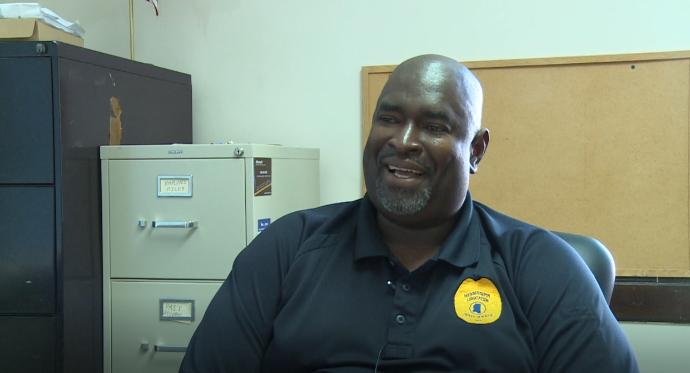 After serving 27 years with the Philadelphia Police Department, Julian Greer has a new title, Police Chief.

“I’m glad that the process is over. Now we can hit the ground running and get started on some projects we want to see done,” said Greer.

Greer was named Interim Chief when former Chief Grant Myers resigned in May. Greer said he has several goals for the department, in the field and in the office.

As for the community, Greer said he wants everyone to know he will do his best to help at all times.

“The main thing I want them to know is that I am here for them. My door is open. My phone number is accessible. Anything you want to talk about, any concerns they have, feel free to contact me. Give me a call,” said Greer.