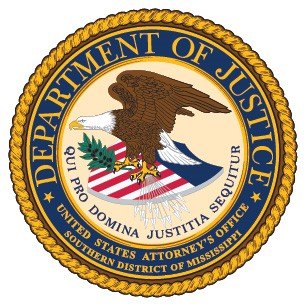 A Tucker man was sentenced to 600 months in prison followed by a lifetime of supervised release for the sexual assault of child less than 12 years of age, announced U.S. Attorney Darren J. LaMarca and Special Agent in Charge Jermicha Fomby of the Federal Bureau of Investigation.

According to court documents, Cameron Hickman, 34, of the Tucker Community of the Choctaw Indian Reservation, sexually assaulted a 12-year-old female child.

In August of 2019, a federal grand jury indicted Hickman on the charge of aggravated sexual abuse of a child less than 12 years of age.  Hickman was found guilty at the conclusion of his jury trial in June of 2022.

United States Attorney LaMarca commended the work of the Choctaw Police Department of the Mississippi Band of Choctaw Indians, and the Federal Bureau of Investigation who investigated the case.

On Tuesday, a Conehatta man was sentenced for his role in the crime.  Kenneth John received 180 months in federal prison and a lifetime of supervised release.